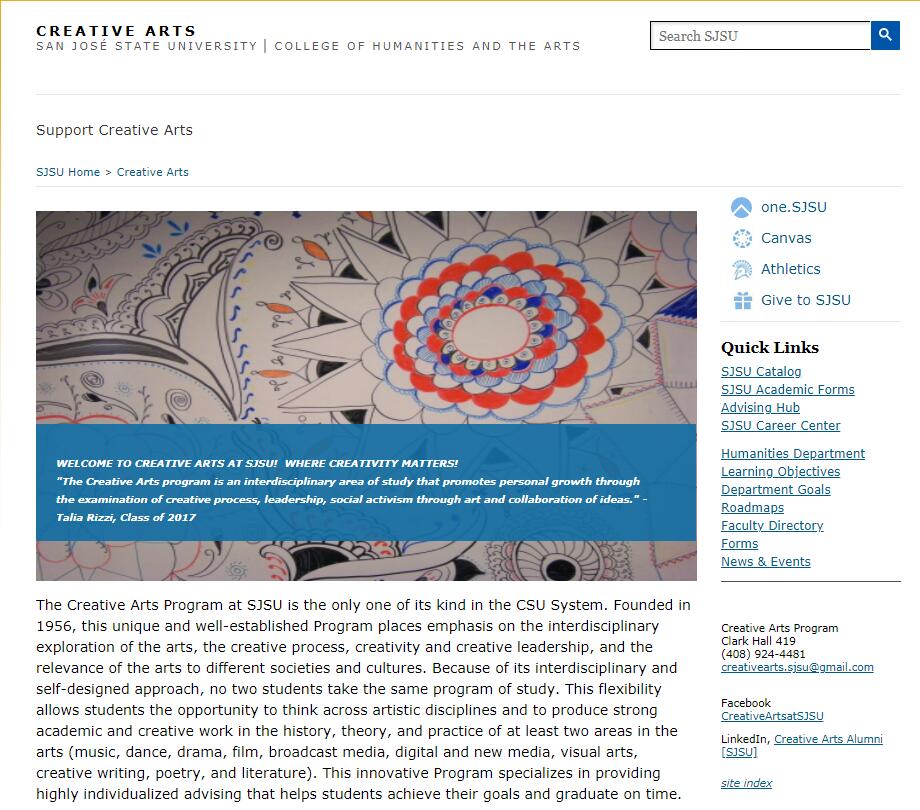 So, I don’t even know what to start with. My semester abroad started last year, in 2008, in August. Before that, I went on a three-week road trip through the western United States with my sister and a friend. That made my start at the university a little easier because I was used to the country and its people.

It’s not difficult, however. The relaxed and open nature of the people in California is quick and easy to adopt. I felt right at home at San Jose State University.

The SAL team also helped me a lot in the first week with regard to course selection or life on campus. There were numerous information events that made it easier for you to settle in the new environment. There were city tours and campus tours, so you knew where to find what.

A week later the university really started. The first week of university was a little stressful because as a SAL student you are not yet registered in any courses. So you have to talk to each professor first and ask if you can attend his event for the semester. But that sounds worse than it is. The professors at SJSU are extremely helpful and most of them are happy when an international student attends their event. I was allowed to attend all the courses I wanted and I was completely satisfied with my choice. I took four business courses, which in terms of number was really perfect for me. So I met all the requirements and had enough to do with the university, but I also had enough time to enjoy my time in San Jose. In America you have to do more during the semester than in Germany, as you usually have to write four exams in each course and also have to do various projects. But because these tasks are spread over the entire semester and not everything comes to an end, as is the case with us, you still have enough time to go on weekend trips or to do something in the Bay Area.

For example, to visit the clubs and bars in downtown San Jose or to take the train for a day or just an evening to San Francisco and do something there. You can be there in no time.

But San Jose is not to be despised either. It is true that San Jose does not have a real city center and therefore everything is pretty scattered, which many criticize about the city. But I have to honestly say that it didn’t bother me in the least. You can get everywhere with public transport and it is even free for students. I really liked this city. Because the campus of the SJSU is in the middle of the city and not outside, as is the case with most American universities, you are right in the middle of the action in 5-10 minutes.

During my semester abroad I lived in the International House of the SJSU, which is only one block away from the campus. A few Americans also live there, but most of them are from all over the world and usually only for one or two semesters at SJSU. Because a friend of mine lived in the Campus Village, there is a student residence directly on campus, but I spent most of the time there and therefore had more to do with Americans than with international students. I have to say that personally I liked that better because it allows you to experience real American college life. The local students of course know all the insider tips. Where to go shopping, what to do and of course where there are cool locations to celebrate.

Life at SJSU is very varied and as a student you always get something to offer. Various events were offered on campus at any time, such as open-air cinema in front of the campus village, live performances by local bands and much more. In the event center, i.e. in the stadium of the SJSU, which is also located directly on campus, various international bands also perform during the semester. When I was in San Jose, Weezer, Panic at the Disco, Dashboard Confessionals, and many others came along. You have to pay for that, of course, but it’s relatively cheap. Check andyeducation to see more reviews from current students.

All in all, I have to say that I enjoyed the semester at SJSU to the full and probably spent the best time of my life there. I really liked the student life there, in terms of the choice of courses and the way the seminars are run there. You get a lot of support from the professors and the teaching itself is very practice-oriented.

I am glad that your website helped me with my application at the time, because it was only with this help that I succeeded in applying to an American university. Because you have to take care of a lot in order to be able to spend a semester in the USA, I would probably not have been able to overcome all the effort without your website. Because so many new things come up that you have never dealt with before. For example looking for a flat in America even though you are not there or applying for a visa. 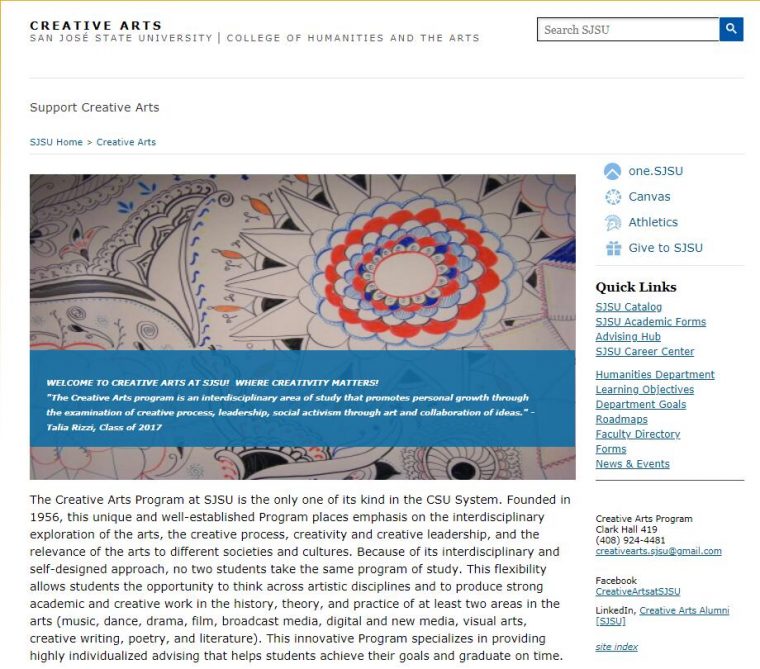