Greece forms a natural bridge between Southeast Europe and Asia Minor. The Greek mainland lies on the southern section of the Balkan Peninsula and continues to the south in the Peloponnese peninsula.

Greece is predominantly mountainous country, in which numerous smaller and larger basins are enclosed. Larger coastal lowlands only formed in northern and western Greece. A close intermeshing of land and sea with bays penetrating deep into the interior is particularly characteristic of southern and central Greece. The Peloponnese peninsula occupies the southernmost part of mainland Greece. She is through that The Gulf of Corinth and the Saronic Gulf are separated from the mainland and only connected to it by the Isthmus of Corinth. The contrasts in height are often great. The 2,033 m high Mount Athos rises directly from the sea.

The peaks of Mount Olympus, the highest mountain in Greece at 2,917 m, are less than 20 km from the sea and the 2,407 m high Taygetos, which runs out in the south of the Peloponnese, drops rapidly to the greatest depths measured in the Mediterranean of over 5,000 m.

In the north-west lies the rugged mountainous landscape of the Epirus region, which is closed off to the east by the mighty Pindus Mountains. The heavily folded and karstified mountain range reaches its highest point in the 2,637 m high Smolikas.The folded mountain range continues in the south as Taygetos on the Peloponnese peninsula and dips in an arc under the Aegean Sea, where its highest peaks are on the islands of Crete (in the Ida mountains 2456 m above sea level) and Rhodes (up to 1215 m above sea level) come to the surface again. The Pindus forms the watershed between the Ionian and Aegean Seas and is at the same time a climatic divide between the more oceanic climate in the west and the more continental climate in the east of the country.

The basins, coastal courtyards and coastal lowlands in the mountainous region form the most important settlement and agricultural areas. The largest intramontaneous basin is the Thessalian basin, which is sealed off from the sea by the mountains of Olymp, Ossa and Pelion and is only connected to it by the narrow valley of the Pinios, the Tempe valley, which is used by rail and road. Other large intramontane basins are the Boeotic Basin and the Serres Basin.

The Ionian Islands are off the west coast of the mainland. The islands in the Aegean Sea are divided into individual groups (Cyclades, Sporades, Dodecanese). With the exception of the islands of İmroz and Bozca Ada (Turkish territory), which were formerly inhabited by Greek people, they all belong to Greece.

Greece is one of the tectonically most active regions in Europe and is still frequently shaken by earthquakes today. Around 6,000 tremors are recorded by the seismographs every year. Tectonic weak zones also open up routes for volcanic phenomena. An example of violent volcanism is the island of Santorini (Thira), which emerged from the caldera of a huge, 1628 BC. exploded volcano. The solfataras (sulphurous gas exhalations) on Thira (Santorini), Nisyros and Kos are evidence of the volcanic activity.

The constitution (Article 13) guarantees freedom of religion, but grants (Article 3) the Greek Orthodox Church of Athens and Hellas, as the bearer of the “predominant religion of Greece”, a prominent position and bond with the state. Through the Ministry of National Education and Religious Affairs, the state participates (without voting rights) in the decision-making of the Holy Synod; a future separation of state and church is being discussed.

According to mysteryaround, about 81–90% of the population belong to the Orthodox Church, about 1% to other Christian churches (Catholics [including those of the Byzantine and Armenian rites], Protestants [Greek Evangelical Church, Reformed roots; Evangelical Church of the German language in Greece, Lutheran Roots; Pentecostal churches] and Armenian Christians [diocese of Athens of the Catholicate of Cilicia]). Non-Christian religious minorities include Muslims and Jews. The official minority of Sunni Muslims (Turks, Pomaks, Albanians; about 1% of the population) live mainly in Thrace and belong to the Hanefi school of law on. Non-governmental organizations estimate that hundreds of thousands of other Muslims also live on Greek territory. The Jewish community can look back on a history of around 2,300 years in Greece; today there are municipalities (less than 0.05% of the population in total) in Athens, Thessaloniki and Larisa. Jewish life in Greece was almost completely destroyed by the Holocaust. For comparison: At the beginning of the Second World War, about 50,000 Jews lived in Thessaloniki, the “Jerusalem of the Balkans” (at that time almost two thirds of all Greeks were Jewish); today there are just 1,500. – Between 4 and 15% of the population cannot be assigned to any religion. 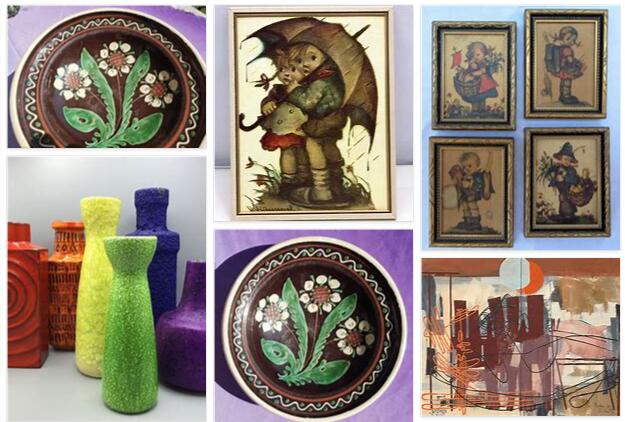